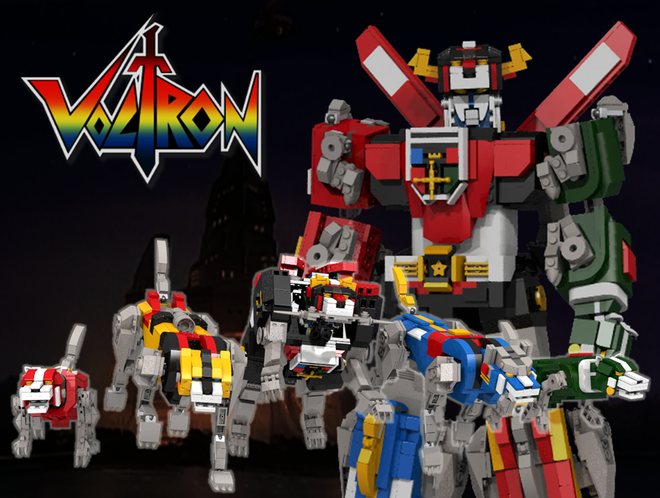 When combined, they form Voltron which stands around 16 inches in height and weighs close to 1kg